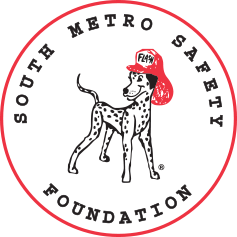 A Brief History of the Miller Lifesafety Center

The Adam and Dorothy Miller Lifesafety Center, Inc., also known as the South Metro Safety Foundation, has origins dating back to a dairy farm about 5 miles east of Parker. It was there that Adam Miller, from Elizabeth, and Dorothy Miller, a teacher from Lakewood, made their home.

The couple shared a sincere drive to have a positive impact on the community and were among the founders of the Senior Center. Adam and Dorothy though childless, were able to satisfy their need to nurture and educate young people by raising numerous foster children.

The Millers left a portion of their estate to the Parker Fire Protection District in a will dated in 1983. They felt that after their death (they both lived into their 80s) their memory would live on and their wishes would be met if the money that they left Parker Fire Protection District would be used for education purposes in the area of life safety (injury and death prevention).

By early 1985, the funds donated by the Miller Estate totaled $47,000, and the Parker Fire District Board of Directors recognized a need to keep a separate accounting. They took action on January 8, 1985, and put these monies in a unique account, drawing its own interest, thereby ensuring identifiable seed money earmarked for a special purpose and not to be mixed with other funds.

On May 22, 1985, upon the suggestion of Cheryl Poage, the public educator for Parker Fire Protection District, and with District Board approval, a room in Parker Fire Station 1 was designated the Miller Life Safety Education Center (MLC). The Center was a model of effective teaching methods where children learned everything from basic first aid skills to fire survival skills. They then put theory into practice in the center and under proper supervision were drilled on how to escape from a fire in the home. These prevention and survival classes were and are also taught in the schools and to local community groups.

MLC continued until 1988, using portions of its funding to purchase education materials and to fund instructors. It became apparent that with no way to replenish its finances, MLC would have to terminate at some future point while a need for its mission would continue to exist.

With this fact in mind, an exploratory organizational board comprised of Parker Fire District Board members and employees with an interest in education and prevention was formed in January of 1990. They set the wheels in motion for incorporation of MLC as a nonprofit corporation which would be eligible for grant monies and other alternative donations, insuring its long term survivability.

The Adam and Dorothy Miller Lifesafety Education Center, Inc. received its certificate of incorporation on April 22, 1991, and on September 9, 1991 was officially classified by the Internal Revenue Service as a 501(c)(3) corporation recognizing tax exempt status.

Your gift will help South Metro Safety Foundation continue, sustain and grow the work of our organization.

Learn about all of our different classes & courses. Click below to learn more.